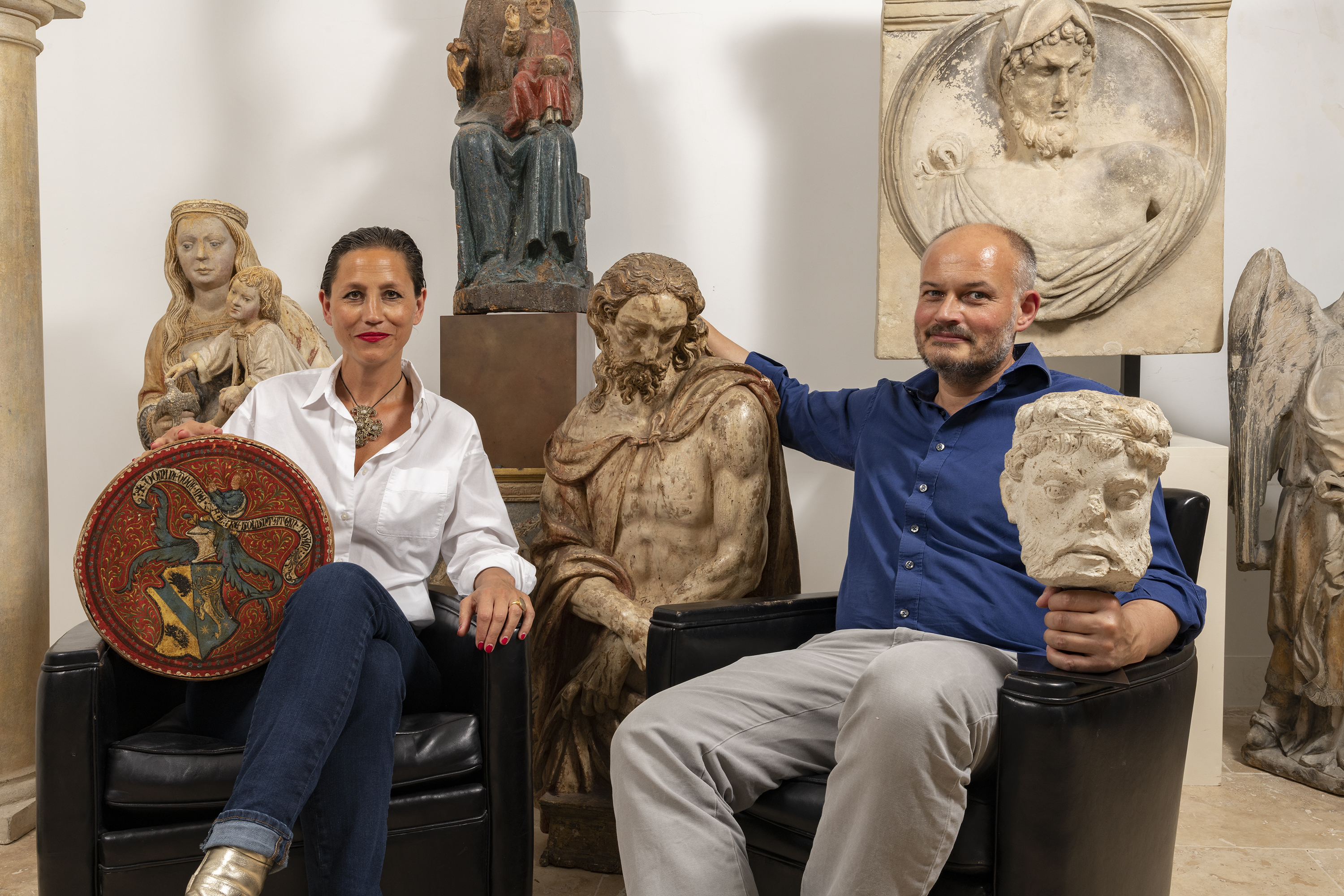 Gabriela and Mathieu Sismann’s passion for Old Master Sculpture led them to create their gallery in 1994 in Paris. Their international standing gallery has gained widespread renown as one of the few exhibition spaces devoted to a whole spectrum of European dating from the Middle Ages, the Renaissance, the Classical and the Baroque periods and the 18th century. Driven by their instinct for fine pieces and their fascination with the spiritual aspect of the creative process, their acquisitions reflect a quest for rare, unknown or forgotten works of art. Most of their works are totally unknown to the art market and constitute real artistic discoveries accompanied by research often leading to attributions. Gabriela and Mathieu Sismann are among the leaders of French, German and Italian Renaissance Gothic sculpture and are also present on Italian and Flemish Baroque sculpture.
GALERIE SISMANN organizes local exhibitions, regularly participates in international exhibitions (BRAFA, MASTERPIECE LONDON, FRIEZE MASTERS, BIENNALE PARIS, BIAF, FINE ARTS PARIS... ) and publishes a catalogue presenting its major discoveries and attributions each Autumn.

American-born Art Historian GABRIELA SISMANN completed two degrees in Art History specializing in the Renaissance period. MATHIEU SISMANN, whose academic background includes law and art history, is an Expert in European Sculpture and Works of Art (CNES). In this capacity, he is often involved in certain vettings for international exhibitions.
Each Autumn, they write and publish a catalogue presenting their major discoveries and attributions, a much awaited rendez-vous for specialists and enlightened amateurs of European Sculpture.

Gabriela and Mathieu are fluent in French, English, Spanish, German and Italian.