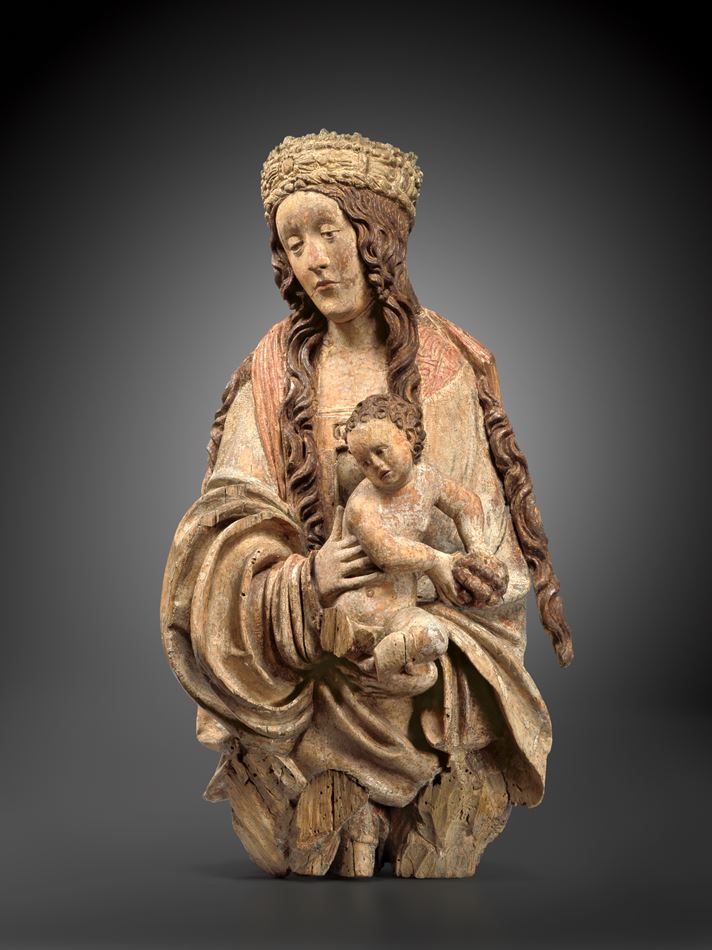 MASTER H.L VIRGIN AND CHILD
Master H.L. and his Workshop
Painted Limewood Group of the Virgin and Child
Circa 1520-1530
H. 152 cm 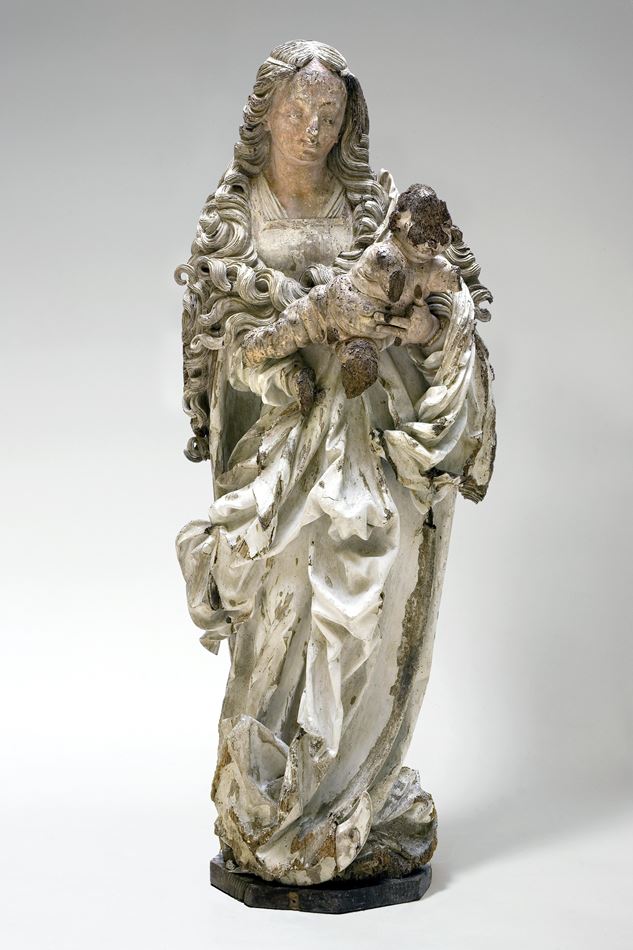 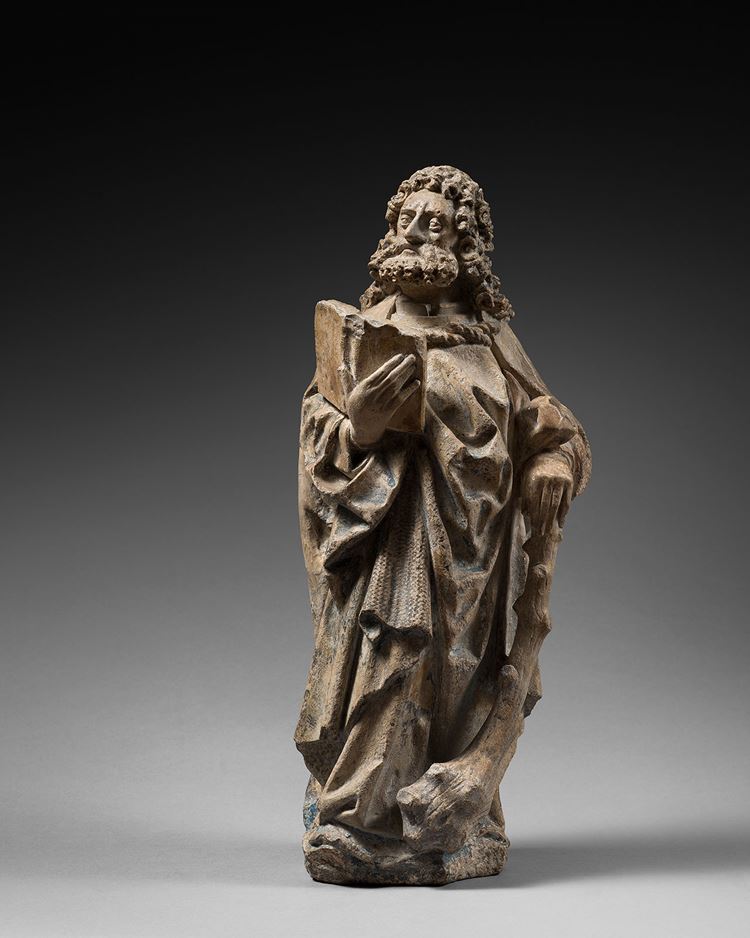 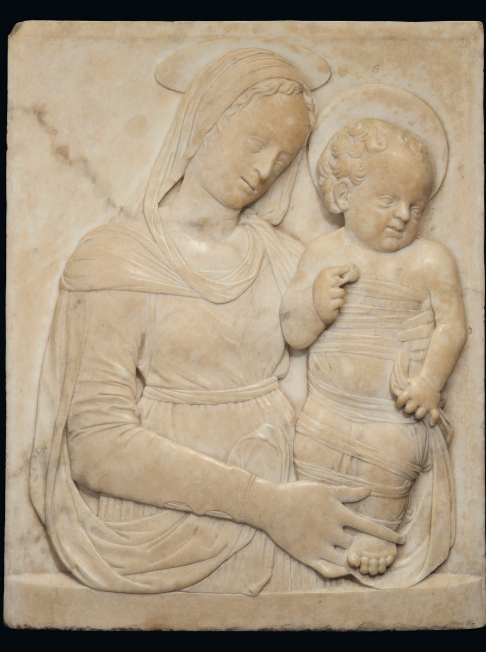 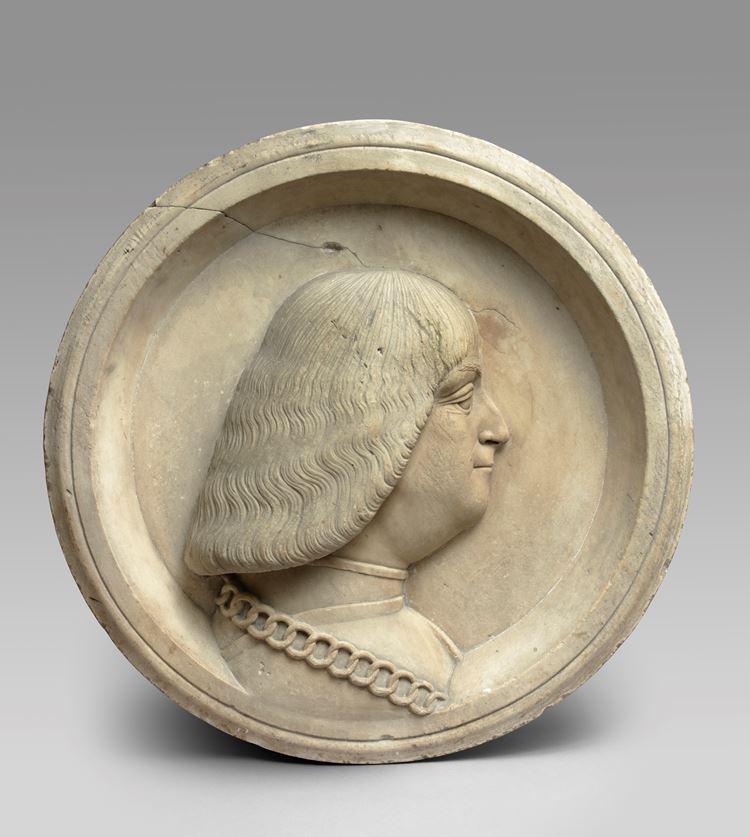 ACQUIRED BY THE METROPOLITAN MUSEUM OF ART OF NEW YORK - U.S.A - SAINT PHILIP 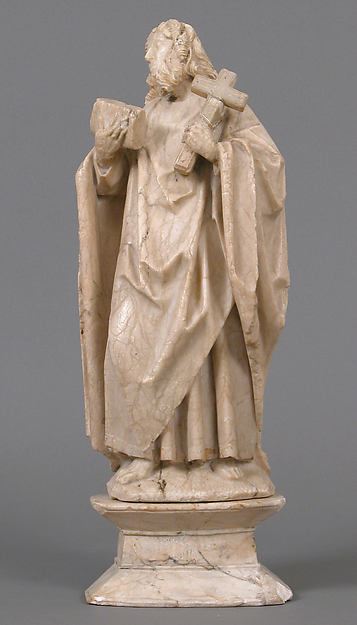 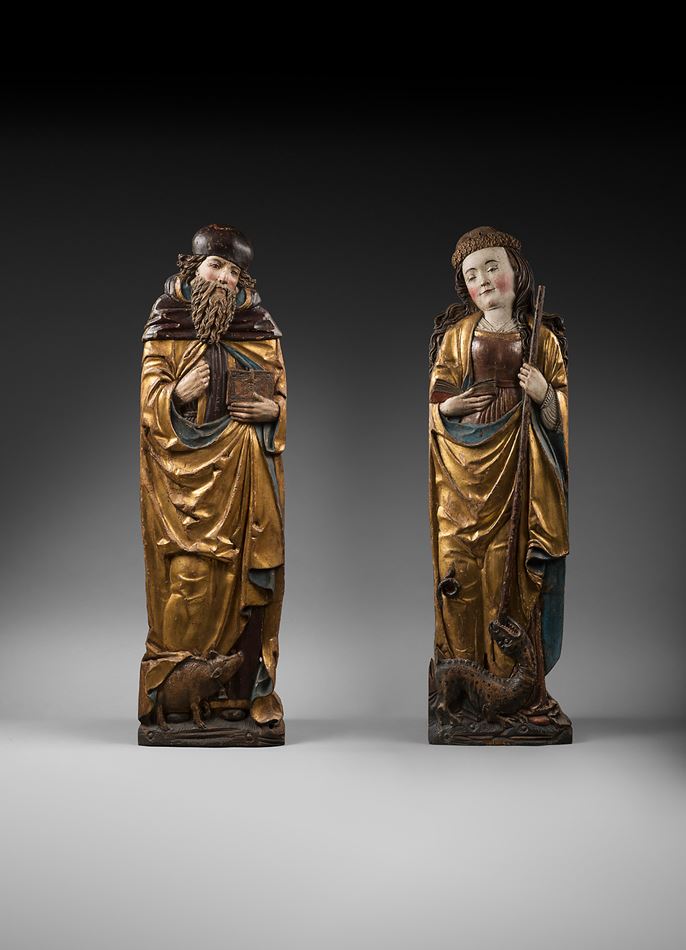 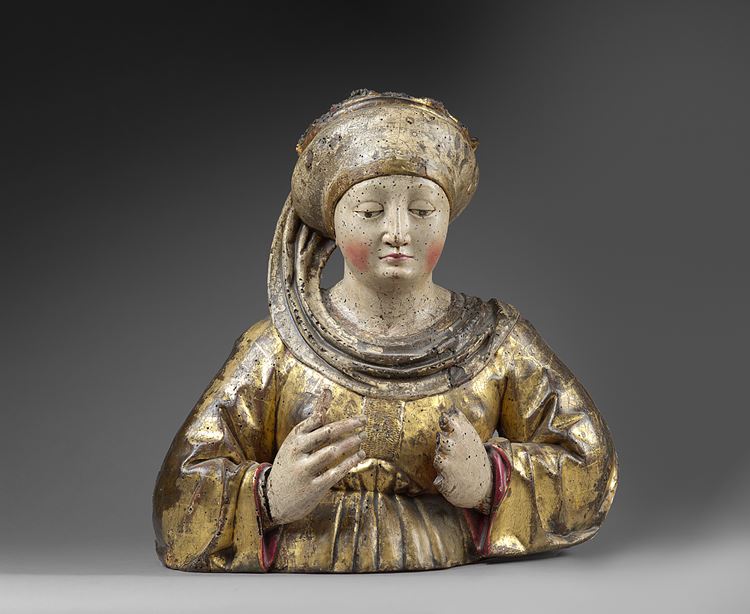 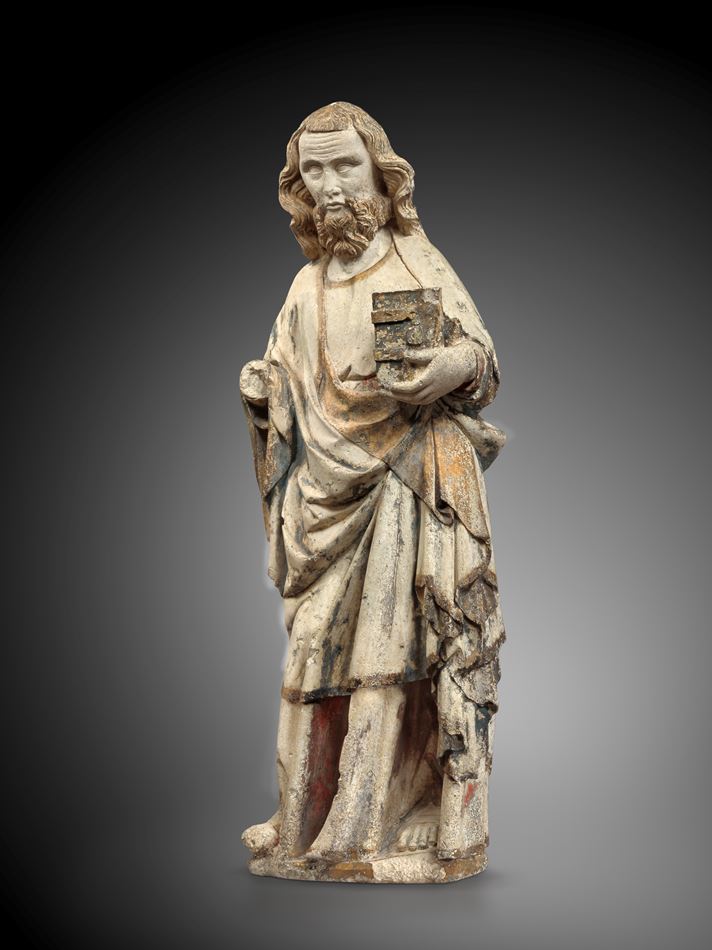 ACQUIRED BY A FOREIGN PRIVATE COLLECTION - CIRCLE OF GUILLAUME KERRICX THE ELDER (1652-1719)
ANGEL FROM A CONFESSIONNAL
Painted wood
Antwerpen
Circa 1700
H.  173 cm 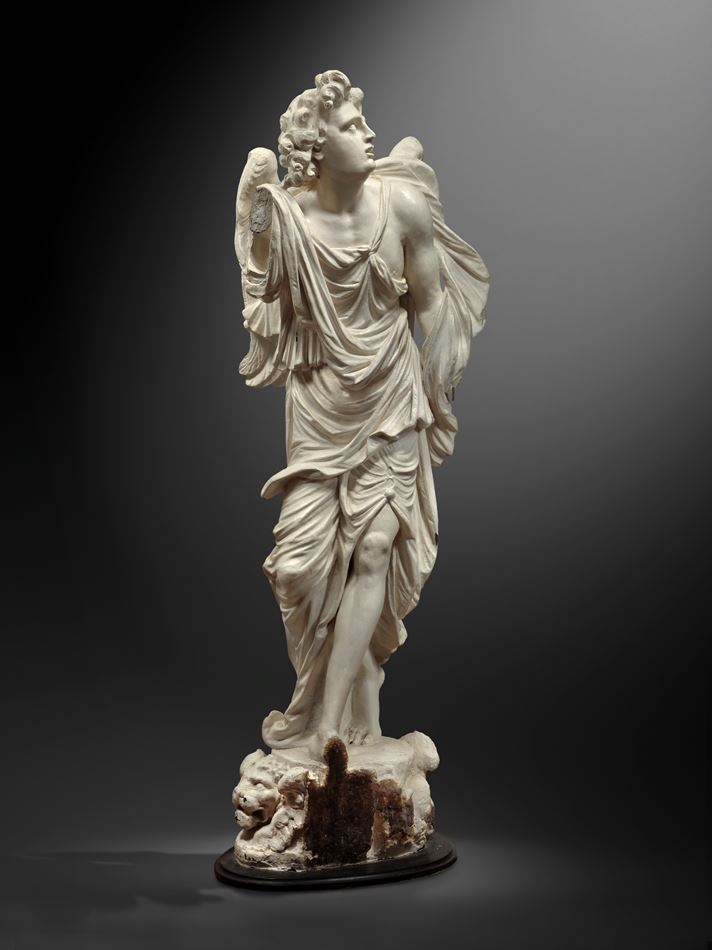 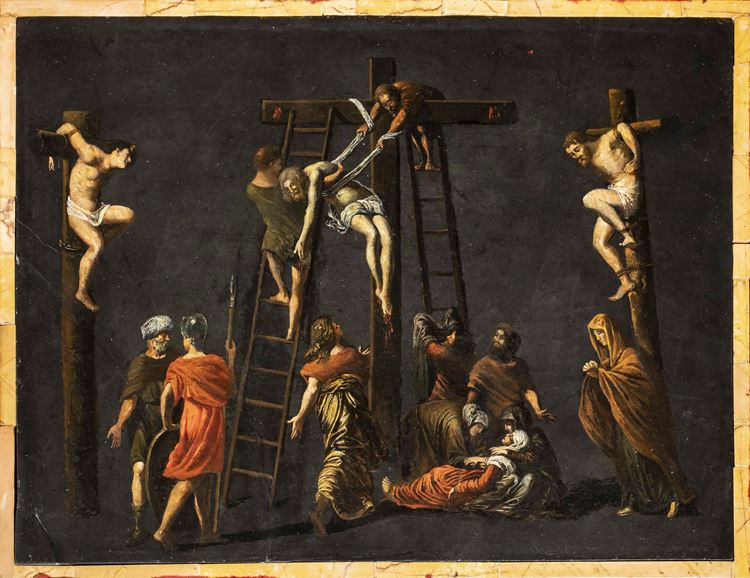 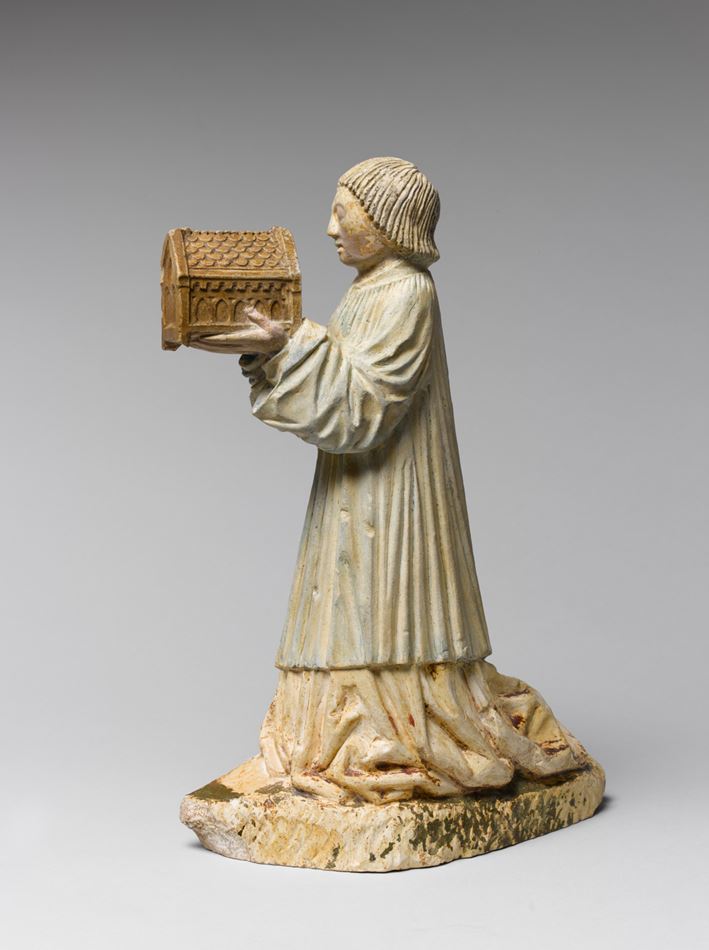 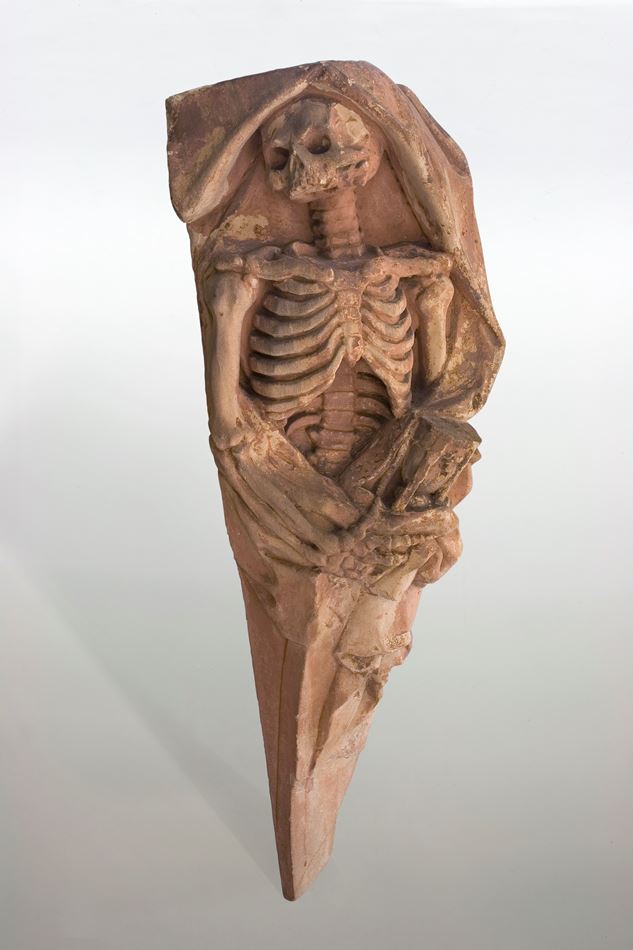 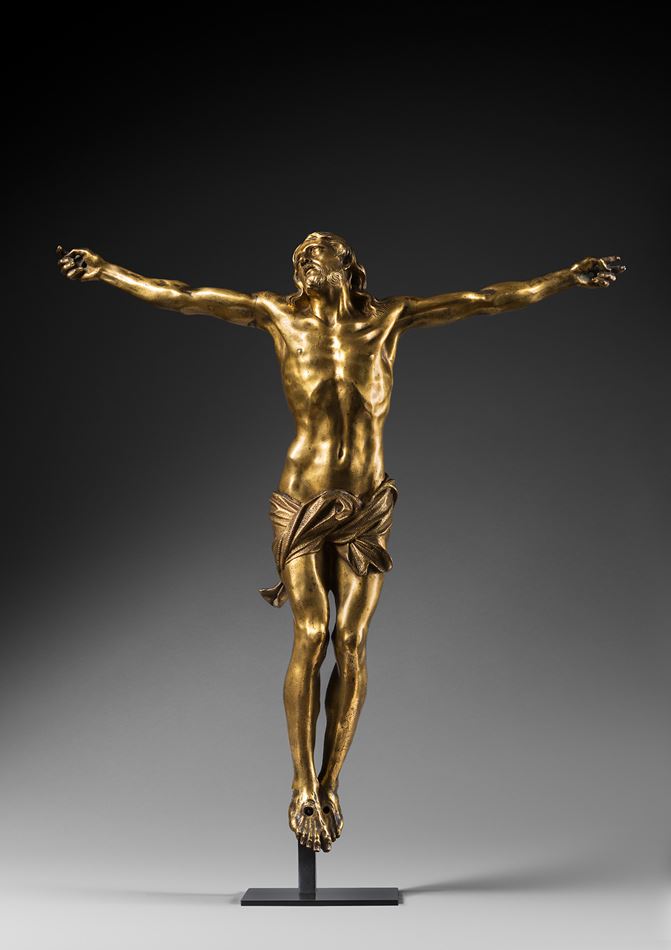 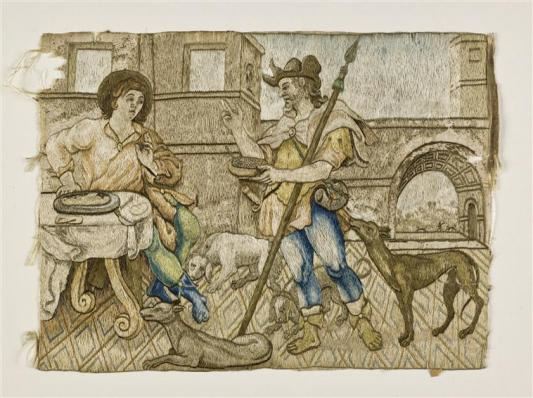 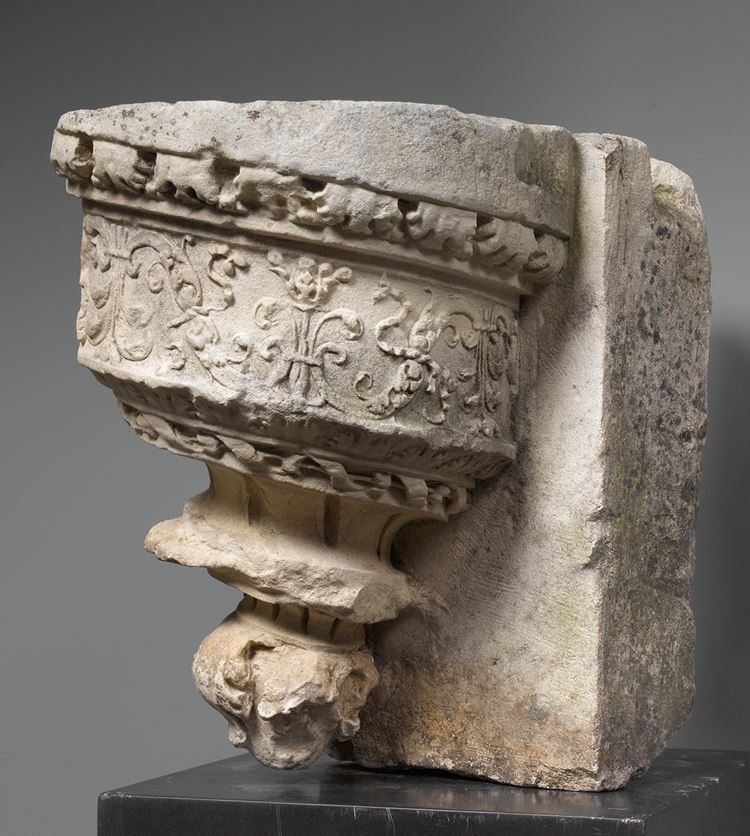 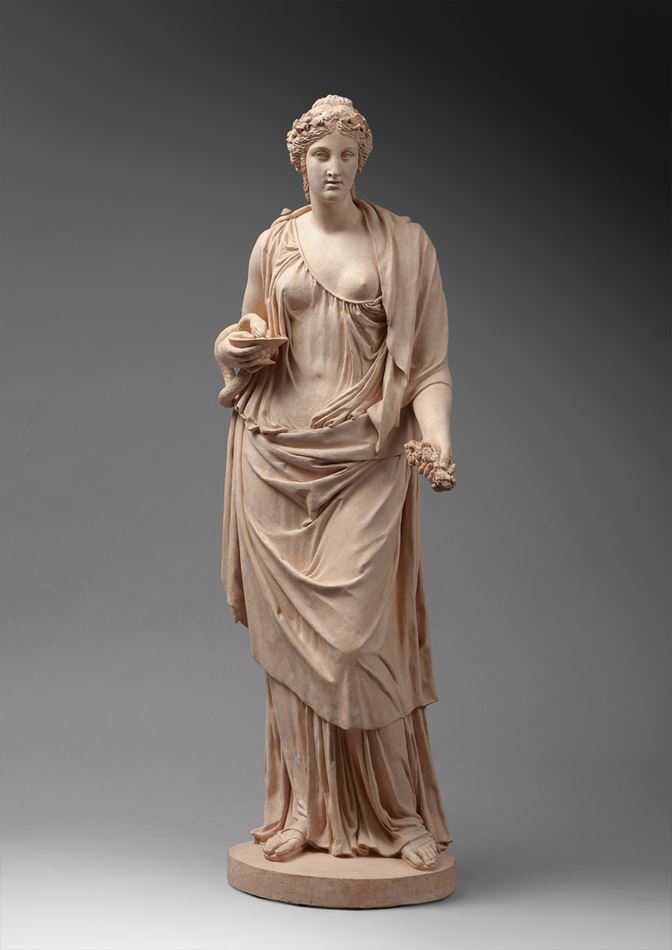 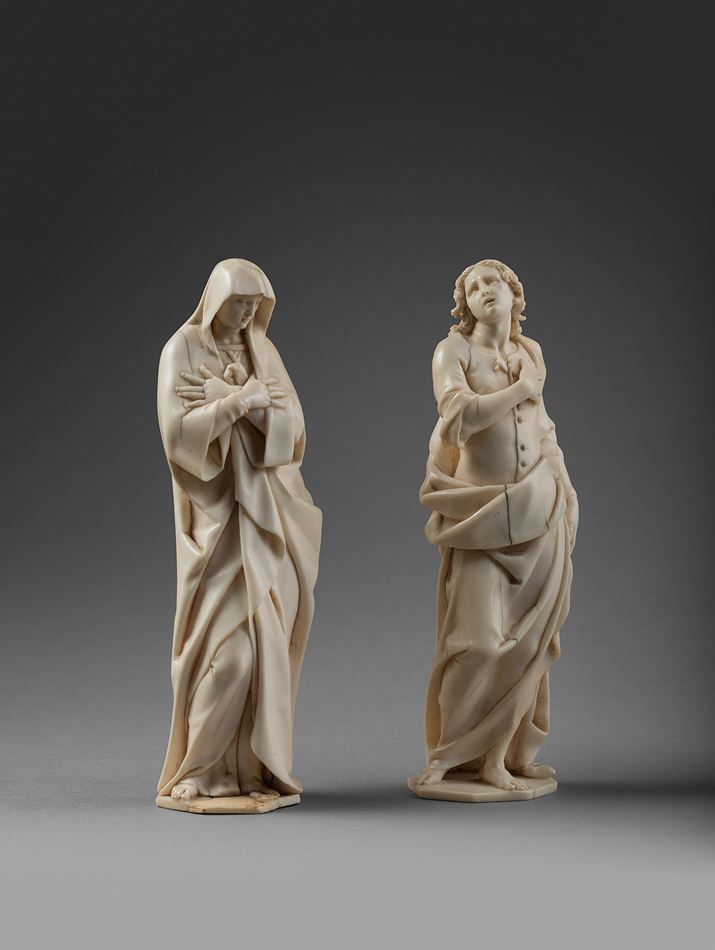 Native from Feltro in Veneto, Francesco Terilli (known between 1596 and 1633 to 1635 ) was a versatile sculptor of the early Baroque period working wood, bronze and earth. Particularly active in Feltre as in Venice, some of his productions can be seen in the Basilica of San Giovanni and San Paolo and the Chiesa Redentore, on the Island of Giudecca. The treatment of Terilli's figures are characterized by the sculptor's search of contrast between technical sophistication and deep expressiveness.

There are a very limited number of ivory statuettes signed by Terilli or that can be assigned to him unambiguously such as the two Crucified Christs at the Museo Civico of Feltre and the Isabella Stewart Gardner Museum (No. Inv. S28S2), and the Scourged Christ kept at the Musée du Louvre ( Inv. N° OA3917), all dated towards 1600. Luckily, Francesco Terilli monogrammed some of his ivories "FTF" or "FFF", a common practice in Germanic countries. No such practice occurs in Italy, which partly explains the lack of knowledge of Italian ivories from the 17th and 18th centuries.

Our two figures, Mary and Saint John, each have a monogram stamped under their base. Saint John is accompanied by the monogram "FFF" ( Francisco Feltrensis Fecit ) and Mary is accompanied by the monogram "FTF" ( Francisco Terilli Fecit ). They belong to the same typology as the pair signed by Francesco Terilli kept at the Kunsthistorisches Museum in Vienna ( Inv. N° KK - 4534 and KK - 4536), as our figures share the same quality of execution, plastic density, scale forms and softness of the features. They differ only in a few minor variations.

The scarcity of existing signed works by Francesco Terilli make the discovery of this pair of ivories all the more important due to its historical and artistic interest. 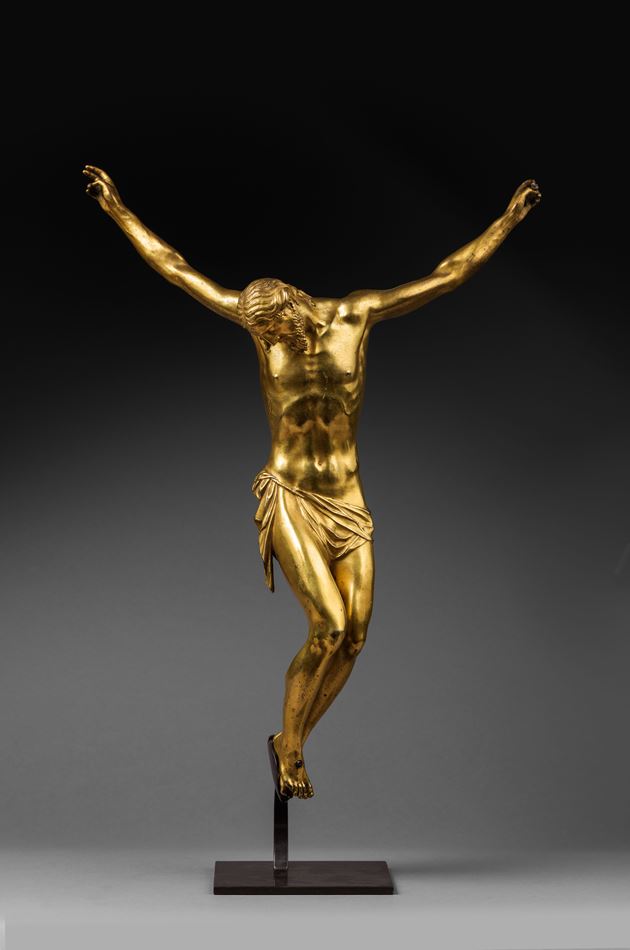 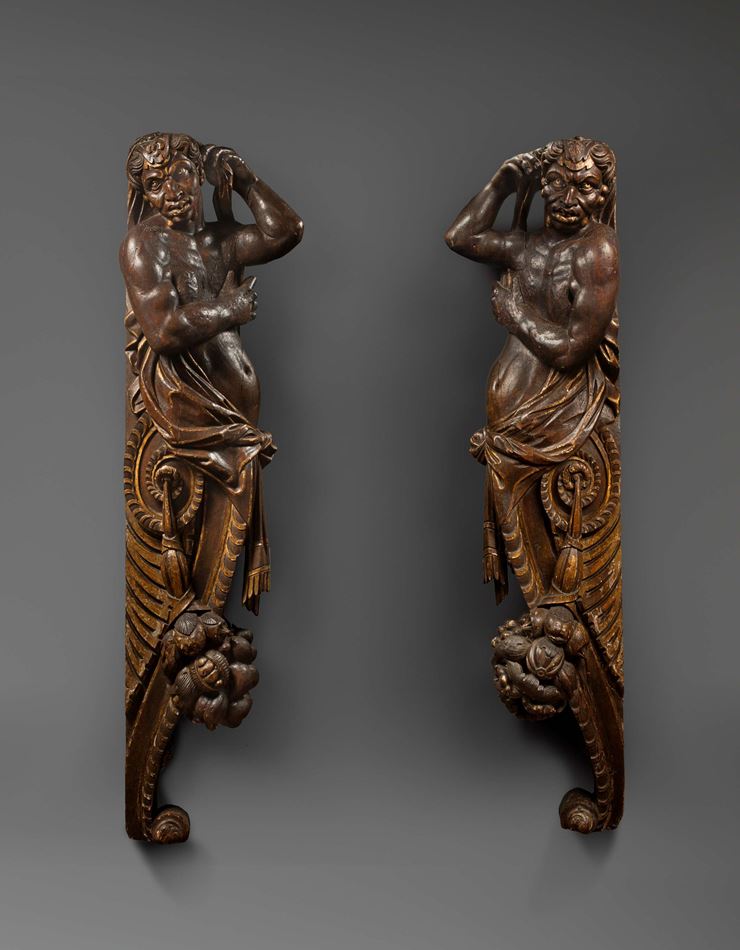 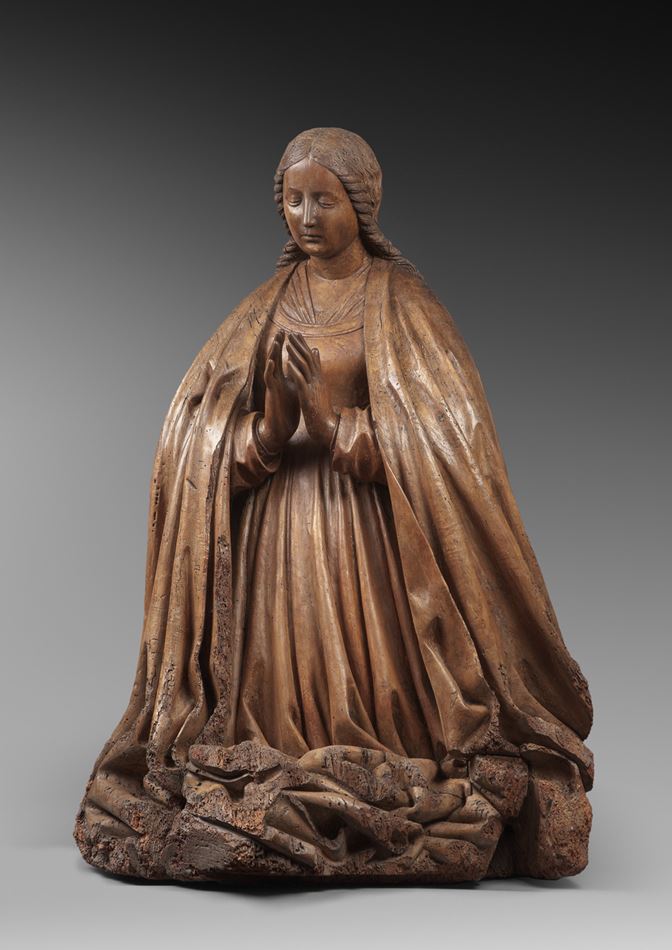 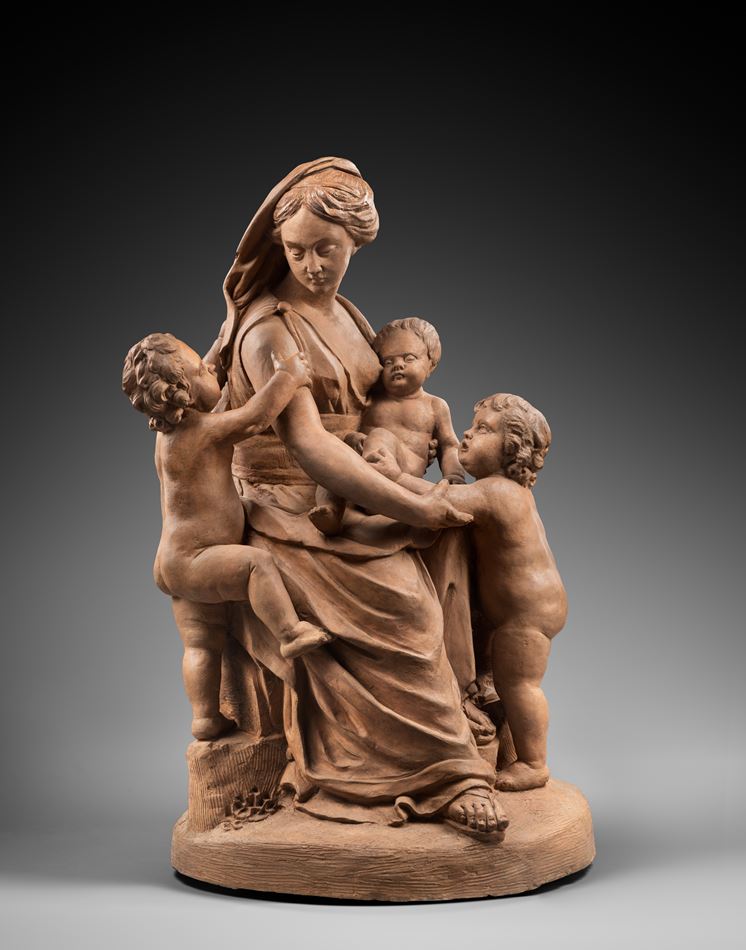 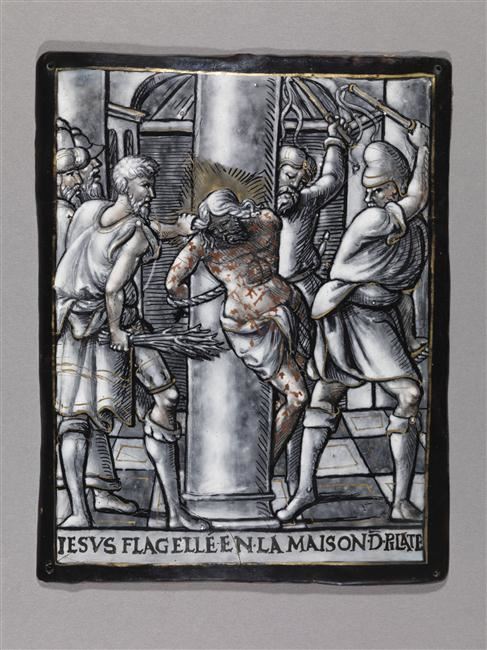 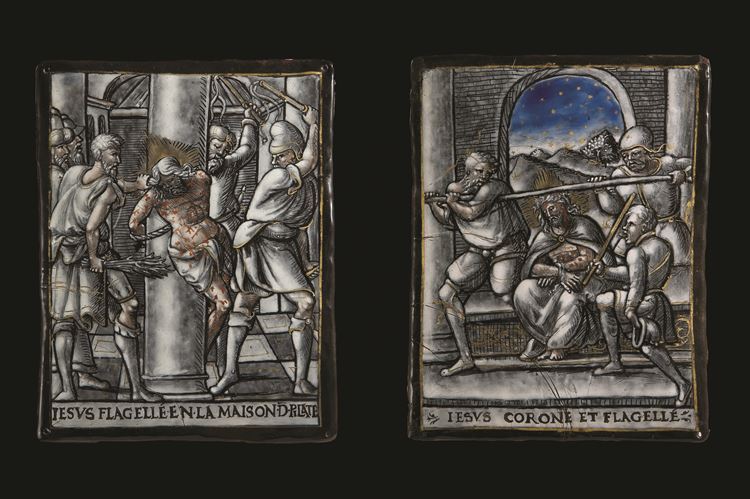 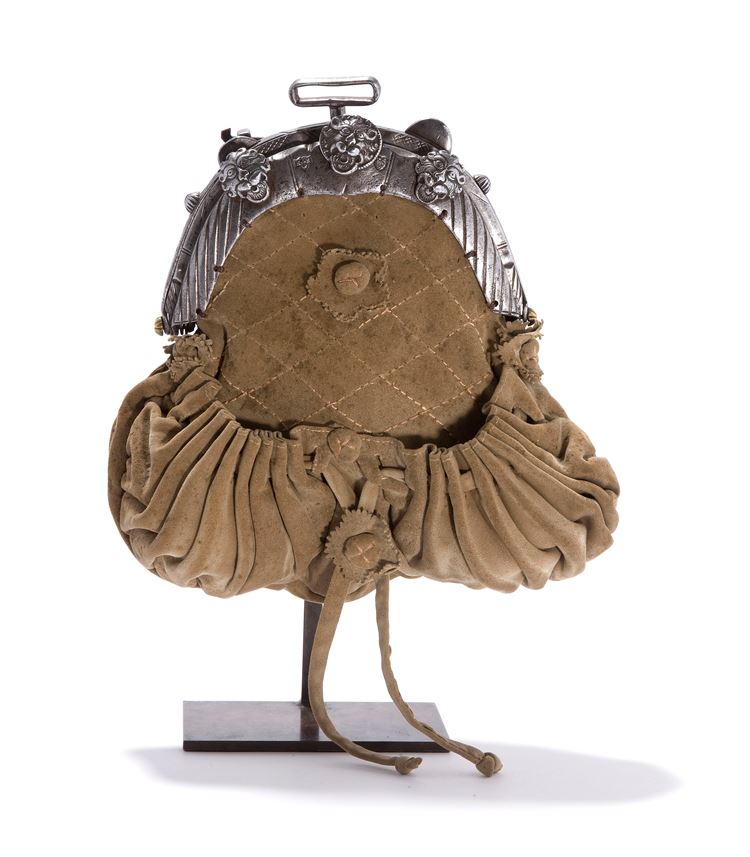